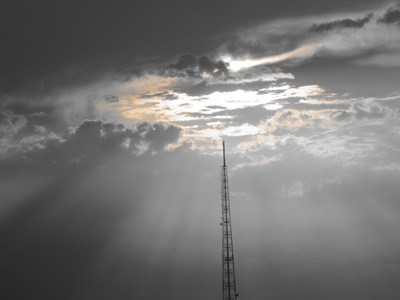 Life throws many challenges at us each and every day. Whether the difficulties and obstacles involves finances, relationships, health or other issues, there is not a person or a family that is not impacted in some way by the ups and downs of life.

In order for us to live strong lives, knowing who we and that we can get through any challenge that comes our way we each need to have a support system. This support and encouragement can often come from family and friends, which is great. But there may be times when we need direction or an encouraging word or just to listen to an uplifting program and this is where the Vision radio network comes in.

Many thousands of lives throughout Australia are touched on a daily basis through the many stations that are spread around this amazing country of ours! Currently there are AM and FM stations in every State and Territory of Australia.

Here is a list of the vision stations that have recently come ‘On Air’.

If you have any contacts in these towns or regions then perhaps you may be able to assist with the final steps that need to be fulfilled in order for the Vision station to be opened. Often a building in a certain location is needed to set up the necessary equipment for the people of the area to hear the encouraging words and music that Vision transmits each day.

For more information on the new stations and how you can help, you can go to the UCB (United Christian Broadcasters) website.

As more and more of these cities, towns and rural areas receive the uplifting messages that are broadcast on Vision then lives and families throughout Australia will be touched and strengthened. In this way individuals and families are able to better face the obstacles that may arise and even be an encouragement to those around them.

Yesterday I was reading my daily devotional, while spending some quality time with the Lord and it really spoke to me so I thought I would share what it meant to me today in this blog post.

The article in The Word for Today was entitled “Give Them Another Chance” and spoke about giving people a break when things don’t go as we hoped for in life.

I find more and more as the years pass that life often throws things up at us that we did not want or expect. Often friends and family leave us and sometimes even cut us out of their lives.

Sometimes we lose the job that we were relying on to allow us to pay our bills.

We may find that we or a loved one becomes sick and then we have other hurdles to face and overcome.

In the devotional there were two examples given of people whose lives could have gone 2 very different ways. But the fact was that they had someone in their life that believed in them and supported them and, where necessary, forgave them and they ended up living Victorious lives.

One man was Nathaniel Hawthorne. Nathaniel lost his job. When he came home and told his wife she could have reacted in a multitude of ways.

His wife could have focused on their finances and said something like, “How could you have lost your job? What are we going to do now? How will we feed the kids and pay the school fees? Now we might lose our home to the bank!”

Or perhaps Nathaniel’s wife could have attacked him personally and said, “What? Nathaniel, you are a loser! You have never been able to provide for this family like you should! What is wrong with you?”

So it is good to know that Nathaniel Hawthorne’s wife responded totally differently and changed not only their own lives, but also the lives of many others for good!

His wife said, “Nathaniel, what a great opportunity this is for you! Now you can begin to write that book that have talked about for so long.”

In 1850 Nathaniel Hawthorne published his first novel, “The Scarlet Letter“, which is a romantic novel in a historical setting. More novels followed.

Without Nathaniel’s boss firing him from his job and then his wife encouraging him to write this book, we may never have any of his literary works.

James Abbott McNeill Whistler failed at becoming a minister, as his mother had hoped for him. He then failed at West Point, United States Military Academy and was thrown out for misconduct in drawing class. He then went on to fail in business.

So what did James have left after all of these failures?

I would imagine that he was not feeling too good about himself and his prospects for the future.

But James Whistler had a friend who believed in him and encouraged him to try painting.

Well James did paint and he created the portrait that many of us will be well aware of named, ‘Whistler’s Mother‘ in 1871.

Whistler went on to paint many other portraits and even full-length portraits over a period from the 1870’s to right through the 1880’s.

Now it is likely that neither of these men, Nathaniel or James, would have reached their full potential and touched many lives throughout the years without having someone to believe in them.

So have a look around you today and find someone who you can believe in. Be a cheerleader instead of being a critic. Find a person and go and make a difference in their life for good!

Until next time, Remember to Enjoy Life, Smile at a Stranger and Make a Difference in the World!

Back in 2006 I moved from Newcastle in New South Wales up to the Gold Coast in Queensland so that we could be closer to my family.

I then began to look for employment. I was able to sign up with Mission Australia and they put me through some training to get me back into the workforce.

During the course we needed to do several different tasks. One of which was to create a vision-type poster.

I cut out photos from magazines and created a collage of what I want for my life.

We then needed to write on our Vision Poster what we saw as the Goal or Purpose of our life.

I wrote “My Purpose is to Enjoy the Gift of Live & to Empower Others to Enjoy Life.”

This desire and passion has not changed since this time. Although my time has been consumed by just bringing in an income to pay our bills, my passion to Empower others to Live Life to the Full still burns in my heart!

I want to see things radically change in our world in my lifetime! I want to see people set free from the bondage of slavery.

Until the last 10 years I never even realized that slavery was still a problem in today’s society, but now I know that it is not just a small problem, but it is a huge, evil, insidious problem in much of the world.

Children and women are usually the main victims of human slavery, but men are also victims sometimes. Often after natural disasters the slave traders come in (often even before the rescue workers!) and they find orphaned children or disoriented young people and before they know it these people become victims.

I desire to be a voice for these people and to speak out to make their plight known to others!

Let’s agree together that we will take a stand and speak out when we can and make this world a better place for us, our children and future generations.

Until next time, Remember to Enjoy Life, Smile at a Stranger and Make a Difference in the World!

This morning I was having my usual Quiet time with the Lord and was reading my devotional The Word For Today by Bob and Debby Gass. I really liked the reading and so want to share part of it with you. 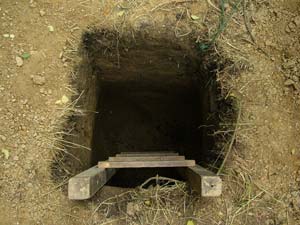 Feel free to check out their free online devotional The Word For Today
or you can subscribe and have it sent to you each day via email.

The devotional talked about how Jesus desires to Empower us rather than judge us as people so often can do!

This is from TWFT devotional:

There’s a story about a guy who fell into a pit and couldn’t get out.

Jesus, seeing the guy in the pit, reached down, took him by the hand and lifted him out of the pit.

I know that my desire is to be like Jesus in this story. Sometimes I do respond like some of the other examples, but my prayer is that more and more my response will be like our Lord Jesus and that I will lift others up and Empower them to live to be all that God created them to be.

This word really spoke to my heart. What are your thoughts about this story? Leave your comment below and let us know what you think about helping others out of the ‘pit’ that they may find themselves in.

Until next time, Remember to Enjoy Life, Smile at a stranger and Make a Difference in the World!

Your Friend in Life and in Blessing others,

Recommended Book of the Week

God Loves You: He Always Has - He Always Will by David Jeremiah 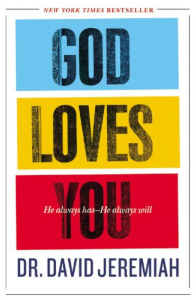